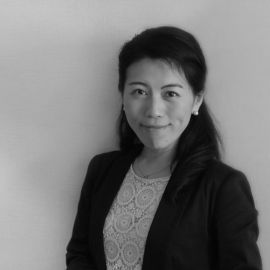 Moe Honjo is a Doctoral candidate of the graduate school of law at Hitotsubashi University in Tokyo. , and a part-time lecturer in animal welfare law at She received a Bachelor’s Degree in law from Kyoto University (2012) and finished a double master degree in Environmental and Natural Resources Law LL.M. (2013) and Animal Law LL.M. (2014) at Lewis & Clark Law School in the United States. She has taught International Animal Welfare Law at Teikyo University of Science in Tokyo. She published a book “A Report on Animal Shelters around the World” (diamond, 2017: Tokyo) [in Japanese] which was translated to Taiwanese in 2018 (). Her research focuses on animal welfare law, related especially to laboratory animal, farm animal and companion animal with a comparative perspective of Japan, the EU and the U.S.