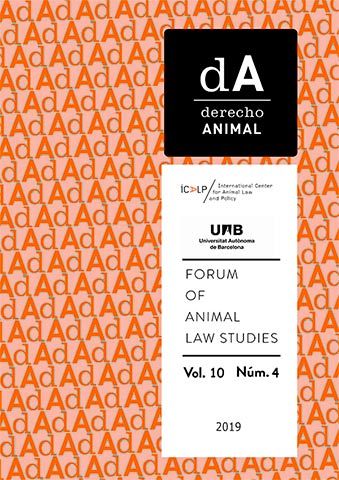 As our readers probably already know, the dA. Derecho Animal (Forum of Animal Law Studies) Journal celebrates its tenth anniversary this year. I founded it myself in 2009 in order to give a voice to certain forgotten living beings: animals. When I started to work in this emerging field of law, the expression “Animal Law” was not accepted in the academic realm, because it was novel and seemed strange. It was not easy to start this project, but it was worth it. In effect, I confirmed that the attitude of lots of people towards animals has been changing with the passing of time. Little by little, the expression “Animal Law” is becoming a reference for calling this new legal field by a name that encompasses all the complexity of the modern world. For this reason, from the first moment, I decided to look further than the Law Faculty to involve colleagues from other Faculties of the UAB, and from other universities in Spain and abroad.

We have celebrated the tenth year of life for our journal that follows this interdisciplinary and global vocation. Also this year, the journal has reunited experts from various disciplines: jurists, veterinarians, biologists, ethologists, philosophers, journalists and other professionals. They are authors that belong to institutions and countries throughout the world, which adds a pinch of cultural cosmopolitism to the journal. Through external peer evaluation, we exert ourselves to ensure the quality of what we publish. The dialogue between authors and editors has always been fruitful for advances in investigation: we have both attended and embodied genuine debate on external evaluations, which, for precisely this reason, has provided us with great intellectual wealth. It has all happened within the spirit of genuine respect for the freedom and labour of each investigator, which, it must be said, can sometimes be complicated; questions are not as clear and reliable as one would think, and there are great nuances between the black and white of a statement. This is the essence of academic debate!

This commemorative volume is dedicated to certain relevant questions: the use, abuse and legal status of animals. The main topic that runs through and unifies it is what position animals should have in the legal world.  Change in original!!! After many years of investigation, I am convinced of the urgency and need to adopt legislative reforms that bear in mind the interests of animals themselves, who are not “things”, but living beings, sentient beings, as recognised and affirmed by science. A simple statutory change correctly positioning them according to law, awarding them a fair position in line with the law (ius), could help to advance the work of those who act to protect them from mistreatment and change or improve their condition within our families and within society.

While Austria, Germany and Switzerland led the movement that has contributed towards improving the legal condition of animals, the two most relevant advances of this decade have been the modernisation of the French (2015) and Portuguese (2016) Civil Codes, which have changed the legal position of animals, who belonged to the category of things in property – indistinguishable from inert things until this point – to be recognised as sentient beings. These reforms are coherent with art. 13 of the TFEU, which, despite its limitations, obliges Member States of the European Union to incorporate the principles of animal sentience into their legal frameworks, based on scientific evidence that implies a revision of the principle of property, which, despite what one might think, has never been static or unmoveable across the centuries, but flexible and adaptable to social needs.

I’ve named this movement the “de-objectification” of animals, which the ruling on 27th May 2019 of the Court of First Instance nº 9 of Valladolid had in mind for the first time, as is mentioned in this very volume. Even though in our system the work of judges cannot substitute that of the legislator, it is, however, worth recognising and publicising the efforts of lawyers and judges to resolve problems of marital crises and their effect on companion animals, and for advancing the application of the law for the benefit of these animals. For this reason, it is also necessary to modify the Spanish Civil Code as soon as possible. With this change, we will also have to account for aspects of International Private Law, as conflicts between laws could arise.

In this sense, one must not forget the legislative proposal that tried to change the consideration of animals in our Civil Code to recognise them as “sentient beings endowed with sensibilities” instead of as things. This was unanimously approved by the Congress of Deputies (2017-2019), but the reform was interrupted by the calling of General Elections on 28th April 2019, which continues to be essential, despite all the uncertainties that arise from the new political scene. 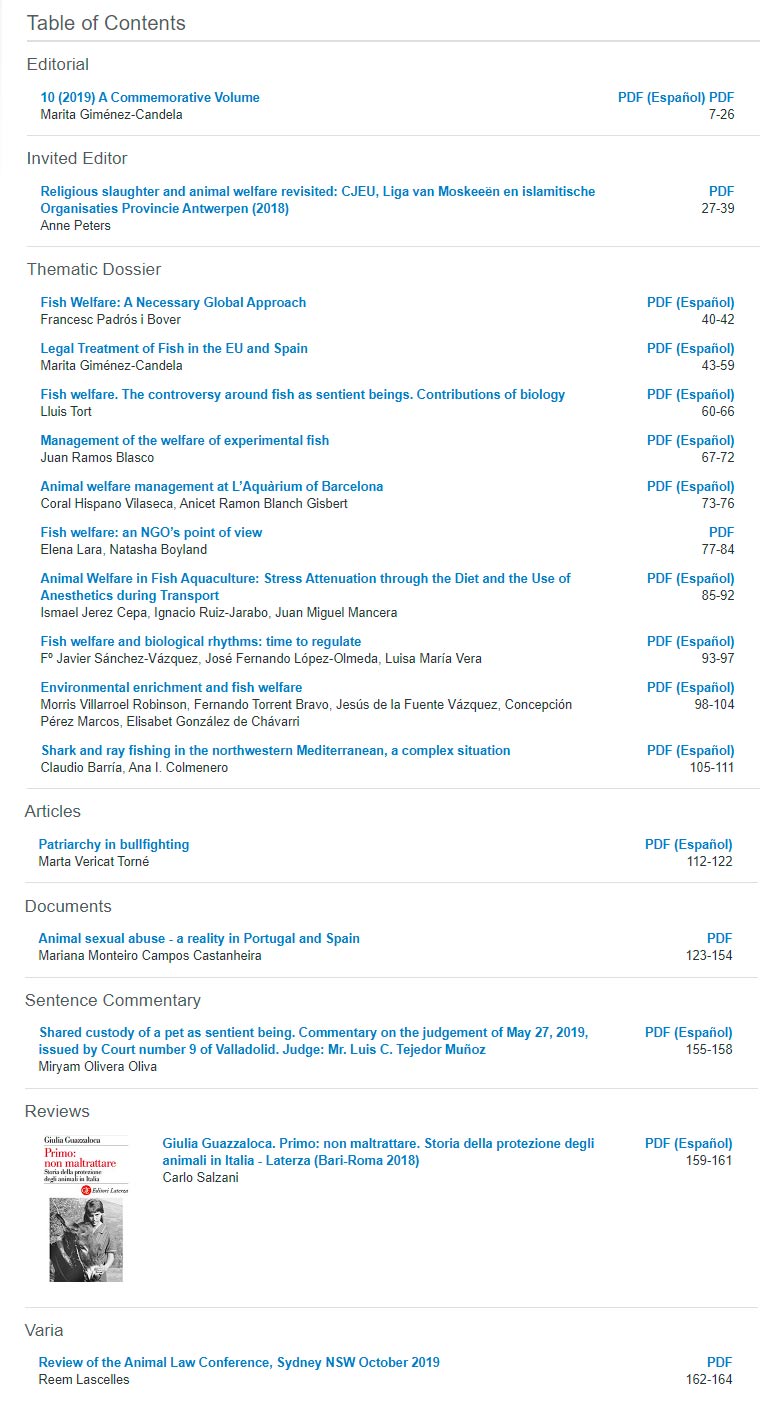