ICALP presents itself at the EU-LAC Foundation, through the Latin American, Caribbean and European Union Young Scientists Networking Days, with the aim of forming new international collaborative agreements

The EU-LAC Foundation invited young academics and researchers, as well as representatives of networks and groups of young scientists to participate in different processes of reflection and dialogue on different topics related to the gender perspective in higher education and science, sustainable economic development, new technologies and the digitization of scientific research, among others, with the aim of promoting bi-regional cooperation and strengthening academic networks at the international level.

In this respect, several presentations were held from 14 to 17 March 2022, in which the concerns and research of many young academics related to the above-mentioned topics were presented. These generated interdisciplinary talks and discussions that were fruitful for the participants and listeners, thanks to the rigorous academic level of the presentations and the accurate feedback from the participants.

On the other hand, 18 March was reserved for the presentation of various networks and collaborative projects, so that new international alliances could be formed and new international cooperation agreements could be born for the benefit of the academic relationship between Latin America, the Caribbean and the European Union, Therefore, the ICALP gave a presentation by Juan José García-Rebollo del Río (researcher of the center), in which its objectives, projects, activities and achievements were presented, making its work known and opening its doors to new collaborators and people interested in forming part of the Master in Animal Law and Society or of the Centre.

ICALP, despite being the only center whose research focus is on non-human animals, was surprisingly well received, sparking interest in other presenters about how working for the welfare of other animals directly benefited humans, as well as the strong and enduring networks it has formed internationally and how this has benefited the strengthening and growth of the Centre.

We hope that, in addition to having generated interest in animal law among the participants and made visible its importance for international cooperation and the welfare of the biotic community, new researchers, institutions and organizations will soon want to join ICALP as a result of our presentation at this conference. 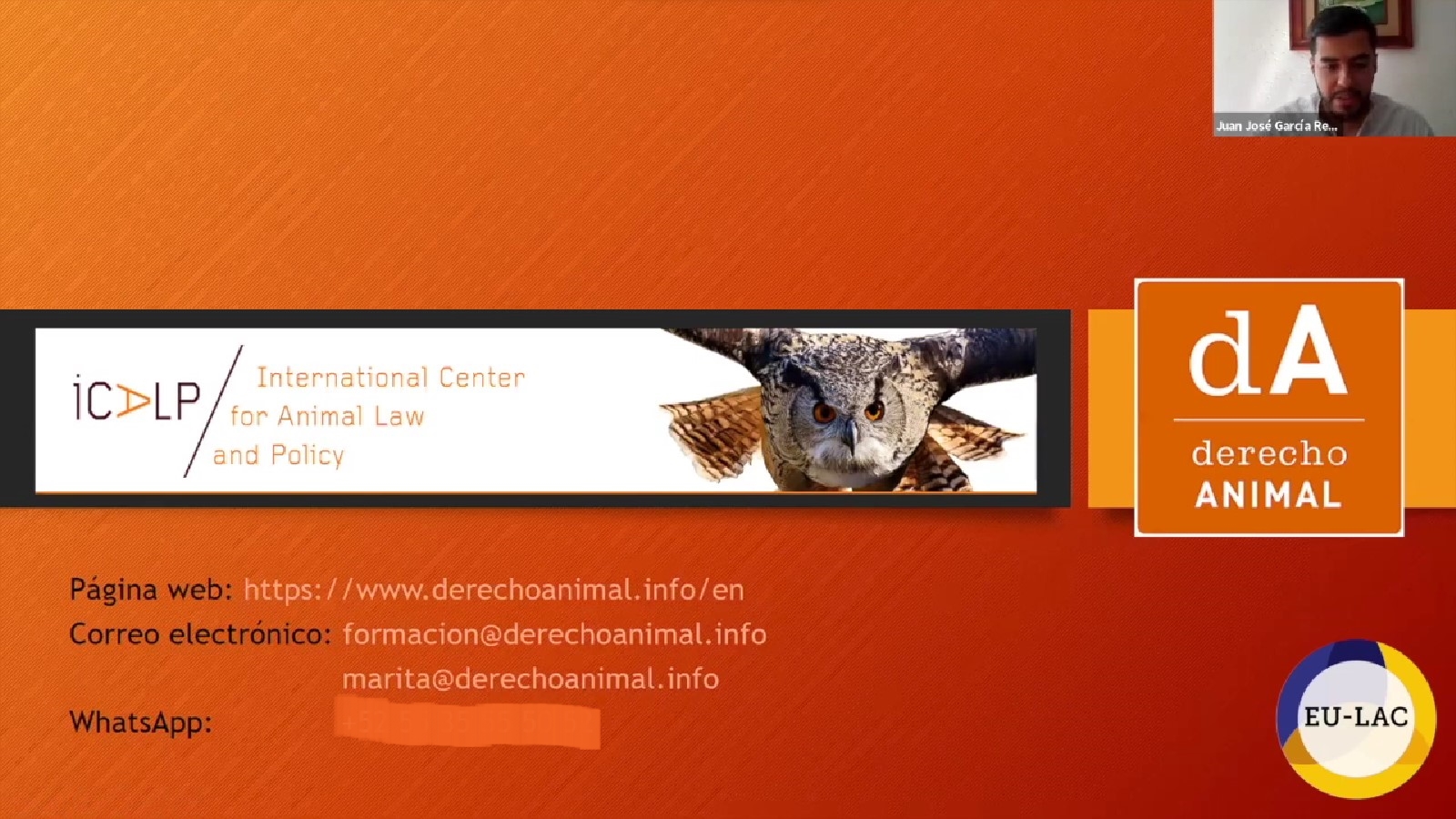